Arthur Fillmore attorney focuses his practice on mergers and acquisitions, corporate finance, commercial transactions, securities law, capital formation, and international law. Within his 40 year career he has represented both privately held and publicly held companies, start-ups and small businesses in a variety of transactions. Those transactions include but are not limited to mergers, sales, purchase and financing. Arthur Fillmore attorney is credited with developing a legal practice dedicated to both representing and negotiating on behalf of, client financing with commercial banks, private equity funds, health care providers, venture capital funds, and angel investors.

Arthur graduated cum laude from the University of Missouri-Columbia with a bachelor’s of art in political science in 1968. After graduation Arthur joined the United States Army where he spent the next 4 years. Arthur started his military career graduating 4th out of 120 candidates at the Artillery Officer Candidate School. After Officer Candidate School Art began work with Intelligence unit at Fort Holabird, Maryland. He was then reassigned to the 25th Infantry Division in Vietnam. It was here that Art served as Artillery Forward Observer for “C” Company, 1/27th Infantry, 25th Infantry Division, earning several bronze stars, air medals, and the Army Commendation Medal for his effort in preserving the lives of his men during intense hostile contact with North Vietnamese Army Regulars during the Cambodian invasion of 1970. Art ended his military career, being honorably discharged, with the Strategic Ammunition Support Command Missile Battery in Europe where he served as the Nuclear Weapons Advisor to Belgian Air Force in 1971 and 1972. For his service to his country in the Army and his service to his community as a civilian, Arthur was inducted into the United States Artillery School Hall of Fame, at Ft. Sill, Oklahoma. 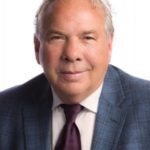