We head to some of the best terrestrial protected areas across the region including Lincoln National Park, Coffin Bay National Park and Mount Dutton Bay Conservation Park. You will see an abundance of seabirds, shorebirds, songbirds, parrots (including the beautiful Port Lincoln Parrot) and raptors including Osprey and White-bellied Sea Eagles

Also on the list is the Western Grey Kangaroos, Emus, Koalas and Rosenberg’s Goannas a delight for visitors to see, + so much more.

• The best wild interaction with our iconic koalas, sure to be surprised.
• Learn about the Coffin Bay oyster and the beauty of Coffin Bay with the Oyster Tour & tasting.
• Accommodation, breakfast, daily lunches, morning/afternoon tea, selected beverages, all entry fees, all charges for itinerary components, Birds of Southern Eyre Pocket Guide Book, transport in luxury 4WD. 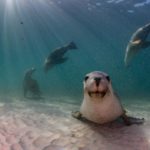 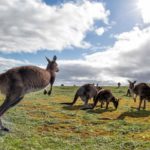 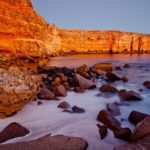